Posted by Mario Curiki on 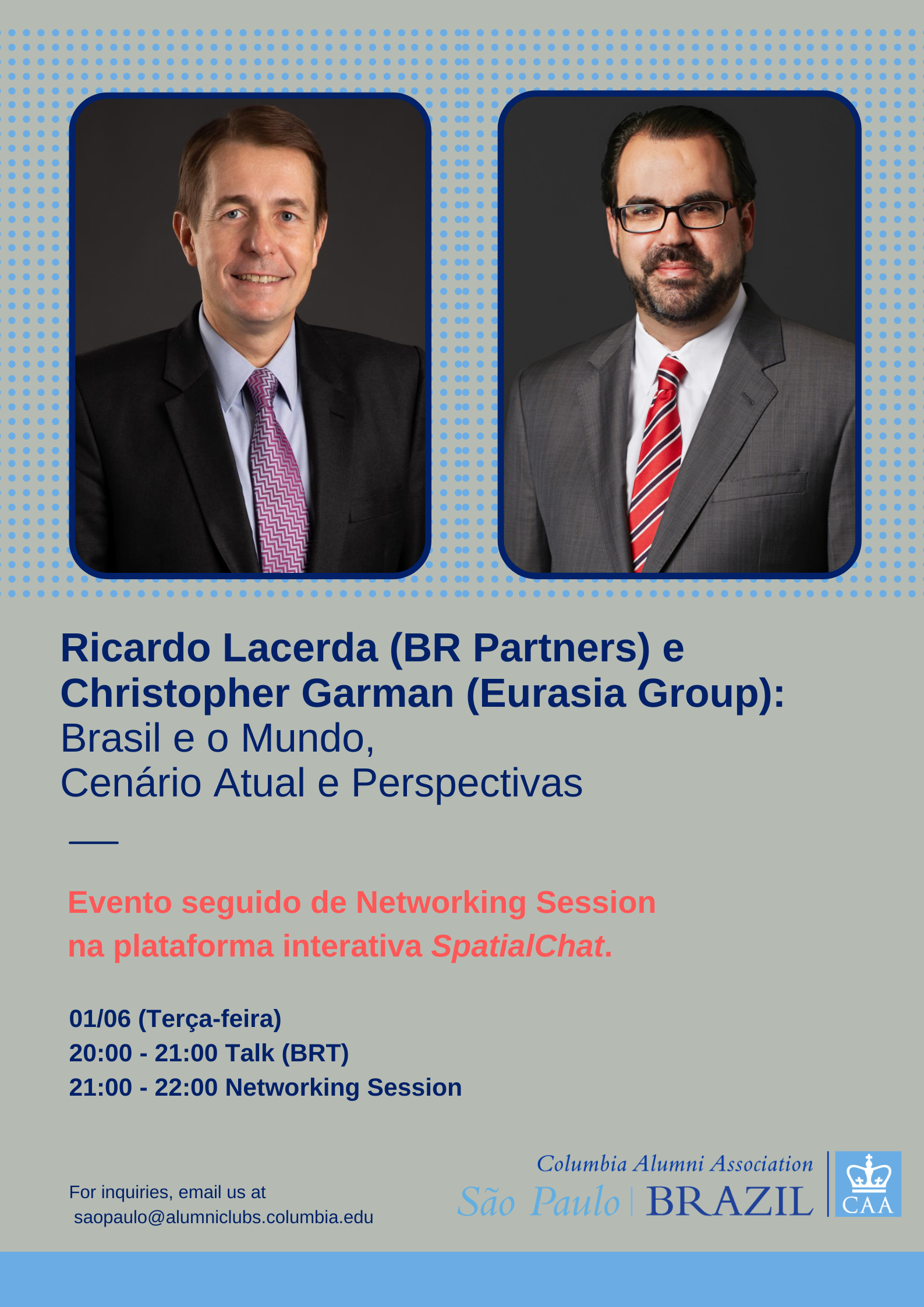 Christopher Garman is managing director for Americas at Eurasia Group. His research focuses on the politics of macroeconomic management across emerging markets and comparative studies of national elections, with a focus in Latin America. He also leads the firm’s coverage of Brazil. In particular, he has been instrumental in guiding analysis of the consequences and impacts of worldwide coronavirus pandemic.

Ricardo Lacerda (CBS'96) is Founding Partner and CEO of BR Partners. Prior to founding BR Partners, he worked at Citi as Head of Investment Banking for Latin America (2007 - 2009) and Brazil (2005 - 2009). Prior to joining Citi, he worked at Goldman Sachs as Country Manager in Brazil (2001 - 2005) and as Vice President in the Investment Banking division in New York (1996 - 2001). Ricardo holds a Bachelor’s Degree in Business Administration (1990) and a Graduate Degree in Finance from Fundação Getulio Vargas (FGV) as well as an MBA from Columbia University (1996).

Invite your friends to join you